American film director Wes Anderson stands out as a significant visionary and producer of dramatic and comedic cinematography. As a contemporary auteur, Anderson’s distinguishable style could be described as having a sophisticated child-like quality where his collection of shots, prop arrangement, and color palette are distinctly Anderson.

While Moonrise Kingdom (2012) is likely Anderson’s most well-known creation, The Royal Tenenbaums (2001) is, to me, perhaps his most iconic in terms of style and storyline. Anderson’s films usually include a dysfunctional or unconventional family, a situation which unites or divides them, and a subtle, dry humor which follows the plot. As for technique, Anderson is famous for his overhead, centered, and uniform shots to create narrative structure, especially in title frames.

In a Fresh Air interview with WHYY Philadelphia, Anderson explains how these techniques give his films a kind of flat, 2-dimensional quality in which they feel more like a theatre performance. Given his interest in theatre, Anderson often inserts small plays within his films.

Finally, and perhaps most notably, Anderson uses slow motion shots to close out his films. A good example of this is The Darjeeling Limited (2007) where the three main characters are seen running for their train, reflecting the famous opening scene. Here, this effect may symbolize the theatre curtain closing on a stage and an end to the Anderson experience.

Wes Anderson has released 16 films to date, with his most recent Isle of Dogs (2018) coming out on 23 March in the United States. 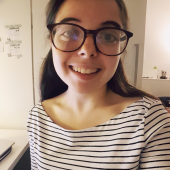